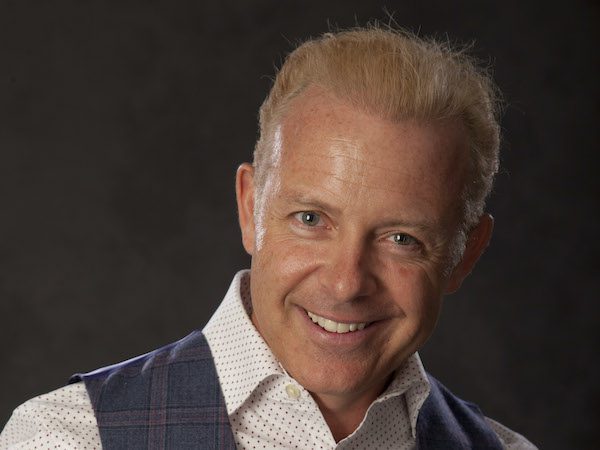 Perhaps you are just like me and you’ve been to countless business networking events over the years. I have seen multiple ways that business owners and entrepreneurs approach networking and approach me personally at these networking events. Naturally, some of these observations have helped me to recognize effective ways to network and things that I can do to create my own successes. On the other hand, I have also seen some ineffective and damaging approaches that haven’t served anyone. Below are 3 powerful considerations for improving the results of your current networking online and offline:

1) Have a valuable purpose before you start

Several years ago I was at a networking event and an eager young business owner approached me and started by simply asking “Can I have your card?” I was caught off guard but he requests as I hadn’t yet even shaken this person’s hand or gotten his name. Still, in a state of subtle surprise, I started reaching into my jacket pocket and came out with my card. He snatched it from my hand, said thank you and disappeared again into the crowd.

I was left standing there wondering what had just happened.

I decided I needed to find out what had just happened. So I started off into the room looking for this young guy. As I found him I asked him why he had wanted my card. To which he replied showing me a big stack of cards from others in the room, “I just grab all the cards and contact people later.”

As he left again to pursue his quest for cards, I thought to myself that this wasn’t all that uncommon of a thing. Many entrepreneurs (online and offline) feel that the value of networking is found in how many contacts you can create over the value you of the contacts you create.

Online we see it in people who have thousands or even millions of followers on their social media. However, they don’t know any of their followers, have never done business with them and they are completely irrelevant to each other.

It’s very much like the networker at live events. The goal is to collect as many cards as possible, but there is no connection and no likelihood or business ever occurring between them. Most of the time they return one from the event with their big stack of cards, wrap an elastic band around them, throw them in a drawer and forget about them. Six months later they pull out the cards and throw a few out, but keep a few with good intentions to perhaps call in the future. The surveys we’ve conducted with small business owners around the globe reveals that this is a pretty consistent pattern.

Before you go out and network either online or offline, set some clear purposes before you begin. Understand what a good contact for you looks like. I should clarify that doesn’t always mean a customer either.

I have often gone networking to find a joint venture partner, to hire a specific set of skills, to find a partner in promotion, to open a new territory, to meet someone to interview for a research project or book, to find capital and the list goes on.

Have a clear goal before you begin. A saying I share in our live training applies here in the situation of networking as well, “A goal that is specific and clear becomes attainable and near.”

What are your goals in networking?

The example above of the card collector is a perfect demonstration of creating confusion, chaos, and contact that won’t add value. I had no idea what his business was, he had no idea of the mind. There was no valuable exchange and even when and if he attempted to connect me later he would not be someone I would be very interested to talk to.

I probably wouldn’t even have remembered him.

One of the most important things that you can learn to do in networking, is to ask relevant questions. Again these questions should be formulated ahead of time. When you are thinking about your purpose for networking, knowing these questions ahead of time will allow you to determine who you should be spending your time with, and who you also might be able to serve. Good questions will also help you to determine this quickly.

What I have found as I have had the chance to study more than 400 of the worlds leading business owners and entrepreneurs, is that they listen more than they talk. And when they do talk its generally a question, it almost seems that they are in a constant state of curiosity and market research. They want to know how they can serve and help, and how synergy can be created.

It’s interesting to also notice that when they discover no connection or value. They politely, yet quickly thank a person for their time and move on. Their conversations are directed toward their purpose.

Consider what questions you might create ahead of time that will allow you to more carefully qualify those you will spend time within networking.

3) Give your contacts sparingly

I have learned since my days at that networking event with the card chaser that in business and life we teach people how to treat us. By littering the room with my card to anyone who had a pulse I was teaching others that my business was available to everyone and my contact information was freely given as was my time for future meetings.

With this approach, I found the quality of the meetings I was taking and the response to my company were all taking up a lot of time without specific results.

However, as soon as I started sharing my information more strategically and carefully choosing who would get my contact information the quality began to rise. As a result, all of the meetings I now choose to take have purpose and meaning. My close ratios are higher.

The quality and experience with customers is better and I am not having to wade through endless offers from others that have no meaning to me.

I encourage you to be more sparing in your sharing of your contact information. This will immediately position you as a more sought after company and individual.

In conclusion, your networking is in your hands. Quality always trumps quantity, especially when it comes to positioning and conversation.

Don’t let your company blend in with the rest of the businesses around you when networking.

Over the last two decades, Douglas Vermeeren has conducted extensive first-hand research into the lives of the world’s top achievers. He has the success strategies of top business leaders from Nike, Reebok, Fruit of the Loom, FedEx, KFC, United Airlines, Microsoft, Disney, and others to share with you. ABC television and FOX Business refer to him as the modern Day Napoleon Hill. He has authored 3 books in the Guerrilla marketing series and is the CEO of Entrepreneur of Influence. He is a regularly featured expert on FOX, CNN, ABC, NBC, CTV, CBC, The Huffington Post, NY Daily News, and others.

Marko Stavrou - November 15, 2022 0
It's an honor to speak with you today. Why don't you give us some details about you and your story. How did you get...

Being Money-Conscious And Teaching Kids How To Be Financially Smart