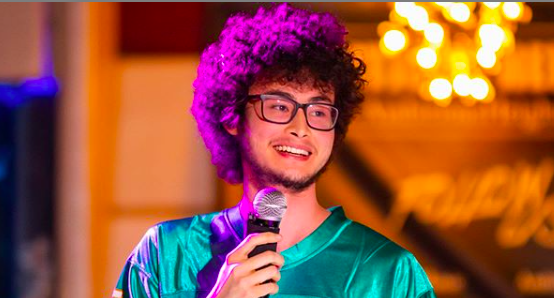 Sean Kelly, 22, wanted to study business at Rutgers University but, when he couldn’t make it through a required math class, took a leave of absence at the end of his freshman year.

He has perfected the art of leveraging the power of social media, mainly Instagram, to take his company from a small business to a multi-million dollar success.

Kelly, whose dad has experience as an Amazon seller, came up with his business idea in college, when he noticed how many high school and college students wear them everyday. Most of the jerseys had sports teams’ logos, but Kelly realized it would be impossible to start a business making them on a college student’s budget. “For regular sports jerseys, you need to have licensing and have to have millions of dollars in sales,” he says.

So Kelly decided to make custom jerseys that celebrated hip-hop artists and rappers, as well as vintage TV shows, and sell them online, with the idea he’d arrange revenue shares with those whose brands he leveraged. Starting up with $1,000 he’d saved in high school, he launched Jersey Champs, investing in hiring a freelance graphic designer, putting up a Shopify site and creating a small batch of inventory, using a manufacturer in Pakistan that he found on the giant commerce site Alibaba, after messaging 15 factories.

Kelly travels frequently to speak about entrepreneurship and social media. “I love the community of entrepreneurs,” he says.

He has designed his business for his mobile, laptop lifestyle. “I work from home,” he says. “I don’t even have an office. I haven’t really needed one.”

Running an ultra-lean operation has allowed him to turn a profit each year. He pays himself a salary of $50,000 a year to buy groceries and pay the rent.

It hasn’t always been easy, says Kelly. “You’ve got to sacrifice the first year or two and really grind it out,” he acknowledges.

Marko Stavrou - November 15, 2022 0
It's an honor to speak with you today. Why don't you give us some details about you and your story. How did you get...