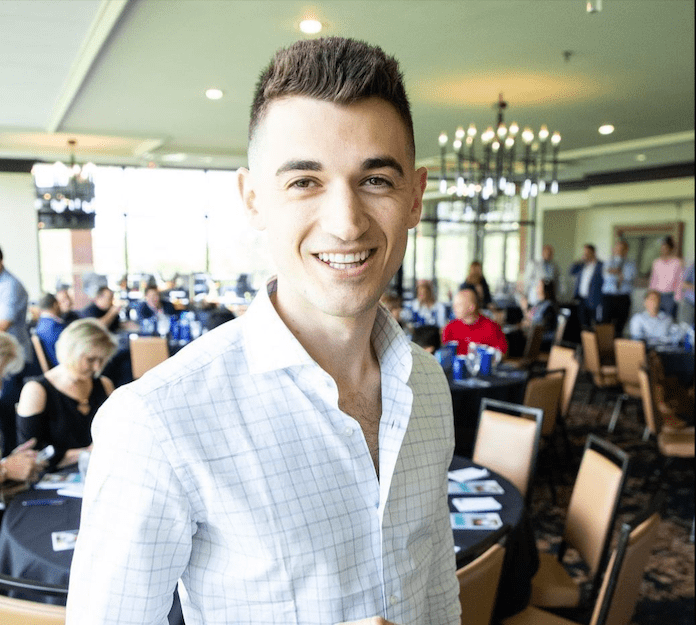 How Did You Elevate Your Network and Status Of People?

Cody Said, “It depends on what room you want to get into. So specifically for the field that I’m in, which is social media and digital marketing. The easiest way to get around big players is to become a big player. Although it is easier said than done, there are a lot of micro-steps that can be taken. My biggest focus was to specifically build a large following, so that my perceived value was higher, and that my influence was higher. People who have influence also want to be surrounded by other people who possess a powerful influence. You can’t just reach out to Grant Cardone, or Gary Vee, and say oh, I just started this and I just started that, you know, or blah, blah, will you help me? Your message will never be responded back to because you haven’t taken any steps to work your way up the staircase.

They’re just trying to reach straight to the top. Specifically for the digital marketing world, man, we live in a world of influence. It is that simple. And the reason why I’ve been able to connect with Grant and people like that is because of my influence. I mean, it is 90% because of the influence of my network and the community that I’ve invested into the building by doing things like going to events, networking, spending money on growing my audience spending money on courses, going to conferences, all these different things. But a lot of people want to skip all that stuff and just expect to reach the top somehow.”

What did Cody do From Age 12-20 Years Old To Separate Himself?

He Said, “Yeah, I mean, for me, 12 years old to 17 years old was amazing. I had one focus it was to make money. So how can you be in middle school or high school in our money and build a business? It’s very hard, especially when I was that age because Instagram didn’t exist. Therefore, when I was 12 years old, I started a chewing gum business where I would go to big wholesalers like Costco and other huge warehouses where they sell things in bulk. At school, while I was between age 12 to 14 years old, there was a massive demand. Ask yourself what is the demand in the current age group that you’re in and where can you capitalize on it? As a 14-year-old you don’t have hundreds or 1000s of dollars to spend, so we started something with a $5 budget. From seventh to eighth grade, I was making like two $300 a week selling packs of gum in the bathroom at school dances. In eighth grade about a year after doing that I got caught at a dance and they thought we were selling drugs, but it was chewing gum and that was my gum career over, but I made about $2,000 in a year selling gum.

Into high school I started selling electronics, I would go to my friends and ask, do you want to sell me your old iPod or old iPhone? Because again, I am 15 years old, most parents are buying their kids their own cell phones. I knew that. So I’d go to my friends and be like, Dude, it’s 50 bucks in your pocket. You’re not using it, sell it to me, I would go and sell it online for between 100 and 150 dollars. All that I would do, is figure out what’s in demand? And what can I take advantage of? Society and school have taught us taking advantage in the right way are bad. Yet,  taking advantage is being smart in business and you need to realize what you can capitalize on at that moment. At the end of high school, I was so cash-focused on just making money that started selling the wrong things. I was trying to impress people, I was trying to be somebody that I thought was cool to be at 18 years old, which is the guy that has all the weed and who has, you know, cash and is just the man of the party. That was not who I wanted to be. All that came crashing down and I almost got in serious trouble, which eventually led to me leaving college.”

For people who don’t have the natural entrepreneurship mindset, and are struggling to start what’s your advice?

Cody Said, “Well,  the first step is finding a sickening obsession that will drive you to work hard.  It’s still alright if at 15 or 20 years old you don’t know exactly what it is you want to do or take advantage of, or sell or become a part of. But too many people stay in that cycle of not knowing their entire life. I would rather be certain of doing something the wrong way than being stuck in confusion. If you can allocate two or three hours a night to researching and learning new skills, and online business models. Examples include forex trading, the stock market, amazon automation, e-commerce, as their easily accessible for anyone around the world to do with the help of a parent’s signature. Most people reading grew up with social media so getting involved with digital marketing and social media advertising makes sense. Podcasting of course as well is great to start to build your network and then you will just need to figure out how to monetize podcasting. When you eventually have 1000s and 10s of 1000s of viewers and listeners, then a guy like me, or someone will come in and pay you 1000 dollars to advertise my name to all your audience members.”

How Do You Grow On Social Media With No Money Or Resources?

Cody Suggests, “By hosting a podcast or having a social media channel that allows you to get access to people with big followings and audiences. What may happen is that they will share your interview or post on their channels for free giving you thousands of free new viewers and potential followers. What if you pick up 20 followers from that, but you do that 500 times. That’s a lot of new organic followers and it’s exactly how I built my company. I would do shout for shout-outs when that was cool four or five years ago. We would leverage each other’s audiences, picking me up 30 new followers, which long-term accumulated to thousands of followers over the course of four years.  A lot of people look at it as, oh it’s only new 25 followers, it’s not worth it all the time and money allocated. Except that’s exactly how social media works its a slow and patient process built up by lots of small steps. It’s very tough to build an organic audience, but this is the best way to do it. Podcast, interviews, events, shouting people out leveraging each other’s audience etc.”

So, with less than $5000 and his passion, Cody Kerns started iComeUp Marketing. Looking back, he notes while it was challenging, he is prouder of himself for taking that huge risk and step. He has now grown his brand to a seven-figure business. Learning is a continuous process; to stand out from our competitors and safely navigate your way in the industry, you must be ready to learn. Keep up with Cody’s journey on Instagram.

Stanley Gatero - September 14, 2022 0
When you decide to start a business, there are many ways of raising the needed capital. While as many as 32% of all entrepreneurs...

How To Lead From The Heart